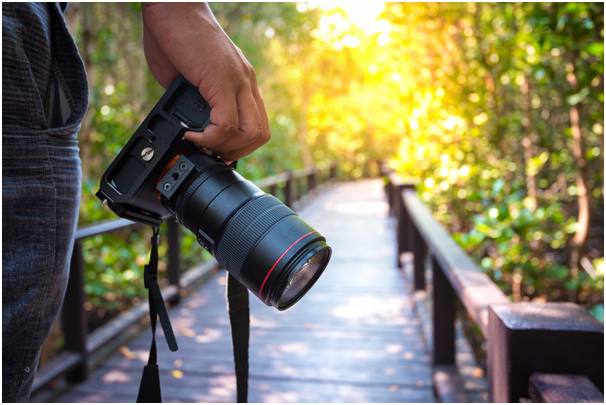 Sony has discontinued the production of their DSLR camera models, flagging the end of an era and driving photography further away from its film-based origins. If you’re not keeping track of the internal mechanisms of the camera industry, here’s the story of what Sony did and how it is still changing the entire camera industry:

Sony is a Japanese company and was one of the key participants in introducing the age of “mirrorless” cameras. These cameras, though not perfect, offer improved autofocus, faster-fire shooting and higher computing power to photography. Now, it is clear the Japanese giant was in the right place with the right strategy and timed their moves perfectly with the mirrorless evolution that changed the perception of the entire camera industry.

The featured rich Sony’s mirrorless camera managed to push the photography industry from the basic design that dates back to the film era. In the past, SLR cameras utilized an inside “reflex” mirror that bounced light off the lens into an optical viewfinder, allowing you to create your images.

If you wish to take a picture, the mirror used to flip away from the camera, and the shutter slid open to let the film be exposed. When photography moved to a digital format, the style of SLRs, also called single-lens reflex cameras, was taken over by DSLRs. DSLR cameras exchanged image sensors for the film.

In 2005, Sony began its journey in the high-end photography segment by purchasing the Konica Minolta SLR business. Shutterbugs started discarding film cameras and bought DSLRs and digital point and shoot film cameras. The initial camera models from Sony were good but not good enough to compete with its rivals Canon or Nikon. The next step of Sony’s development was the launch of their DSLR models, inspired by the translucent mirror, which was a landmark move towards proper mirrorless cameras.

Sony’s true success came with the release of its mirrorless models. This technology lets the light from the lens be sent directly to the sensor instead of relying on traditional fixed-mirror technology for bouncing a portion of the light. Digital images are shown either on the back of the camera’s screen or in an electronic viewfinder with tiny screens.

As technology advanced, the Japanese giant’s efforts demonstrated to the world that the mirror on reflex was nothing more than old technology. The launch of the Sony mirrorless camera disrupted the whole camera industry, and it established a solid ground by paving the way for Sony’s next-gen products for good.

Sony was not a significant player in cameras until it left the mirror-based models behind. The Japanese giant, which is also one of the biggest sellers of image sensors utilized by other camera makers and smartphones, has played a significant role in pushing its competitors into the market of mirrorless, which includes Canon’s R5 Canon eos R6 and Nikon’s Z6 and Z7. Mirrorless models are the genuine next-generation product for professional photographers and amateurs alike.

One of the several advantages of Sony mirrorless cameras over their mirror counterparts is their improved autofocus. The sensor runs continuously and is connected to the processors that are becoming more advanced. Sony contributed to the development of advantages such as eye-tracking autofocus, which worked well and was a significant time-saver for photographers who shoot portraits, such as wedding photographers. The Sony mirrorless camera is also very efficient in using autofocus throughout all frames rather than just in the centre.

Thanks to the electronic shutter, Sony mirrorless cameras can also shoot without making much noise. The electronic viewfinders can amplify dim light to monitor the composition and focus even in dark conditions and let you manage the exposure and focus manually.

The efficient way of purchasing the latest mirrorless cameras

You can repay the product cost in easy monthly installments with the No Cost EMIs option. You can also look for the Zero down payment option applicable on numerous camera models to make the EMI Store shopping experience more pocket-friendly.