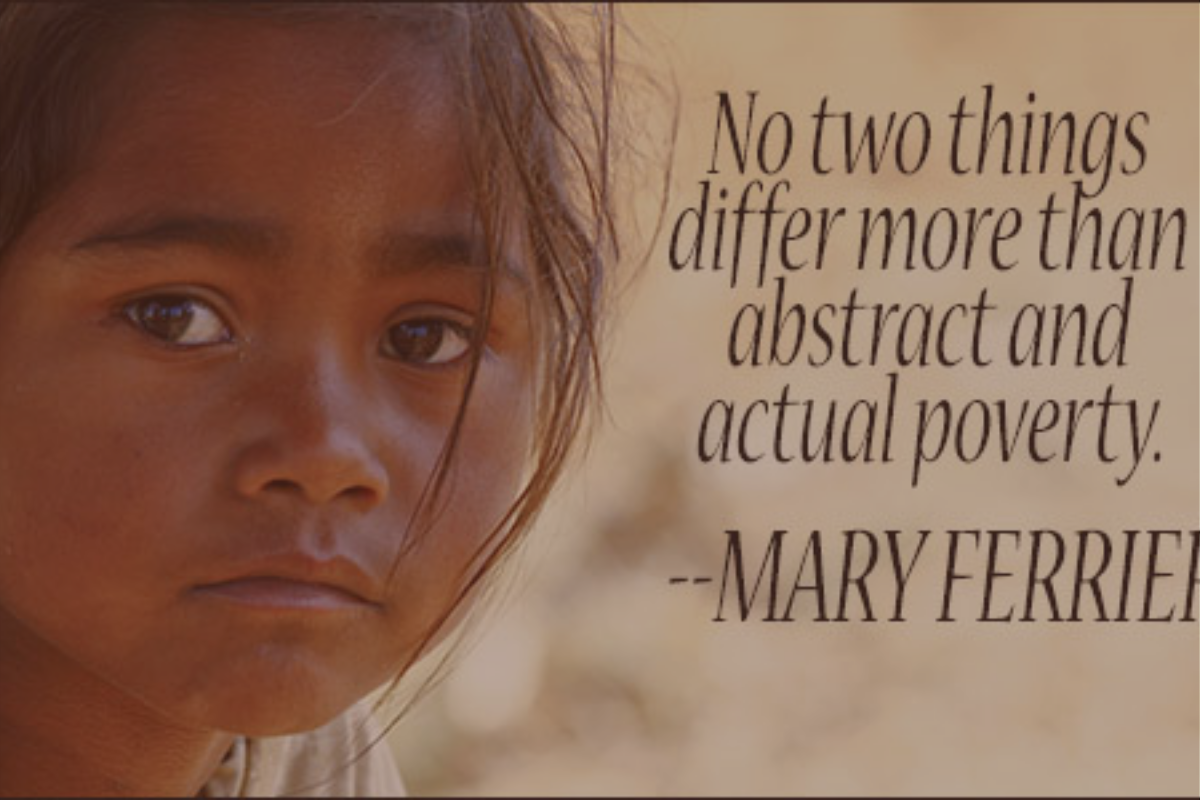 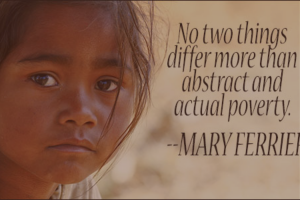 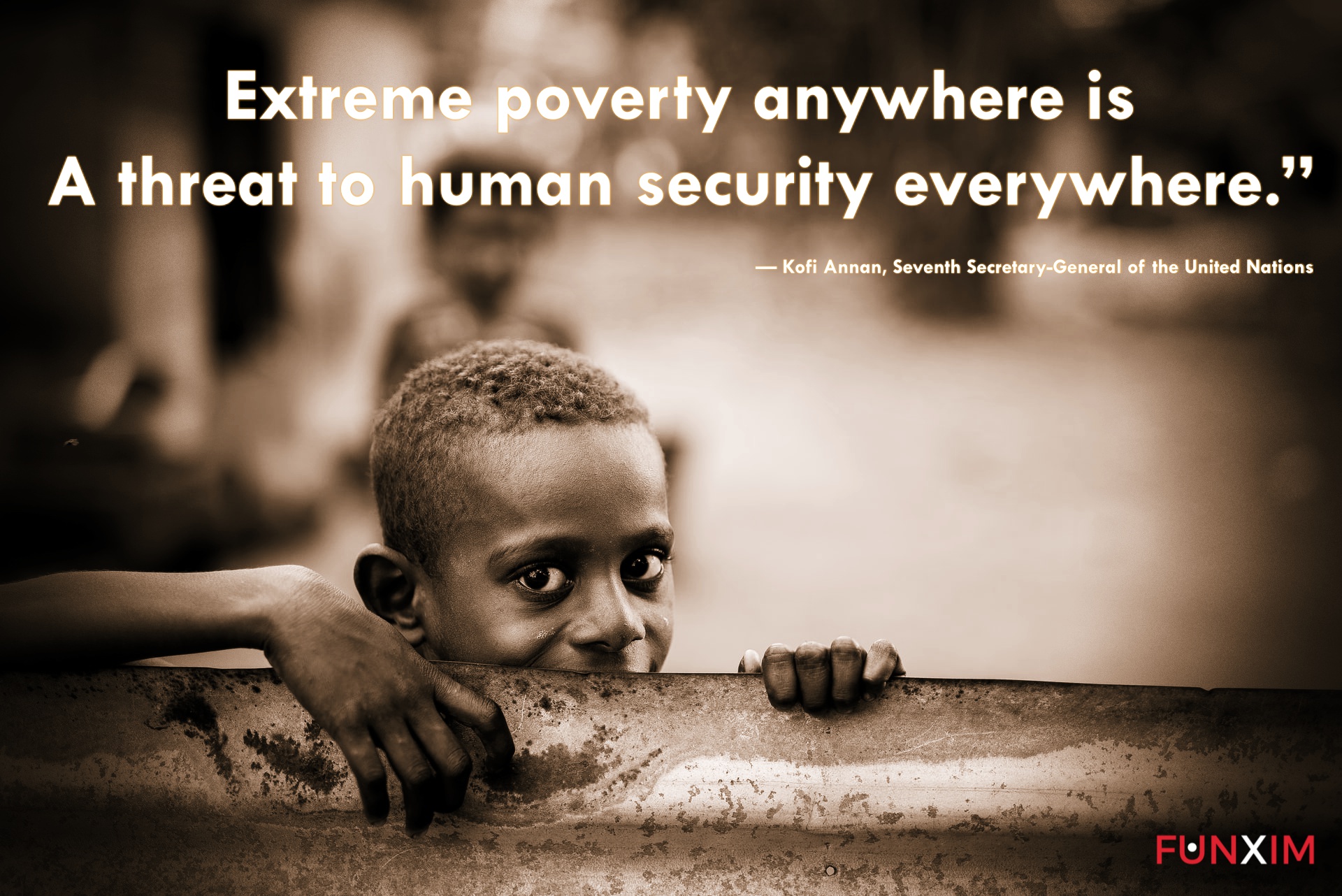 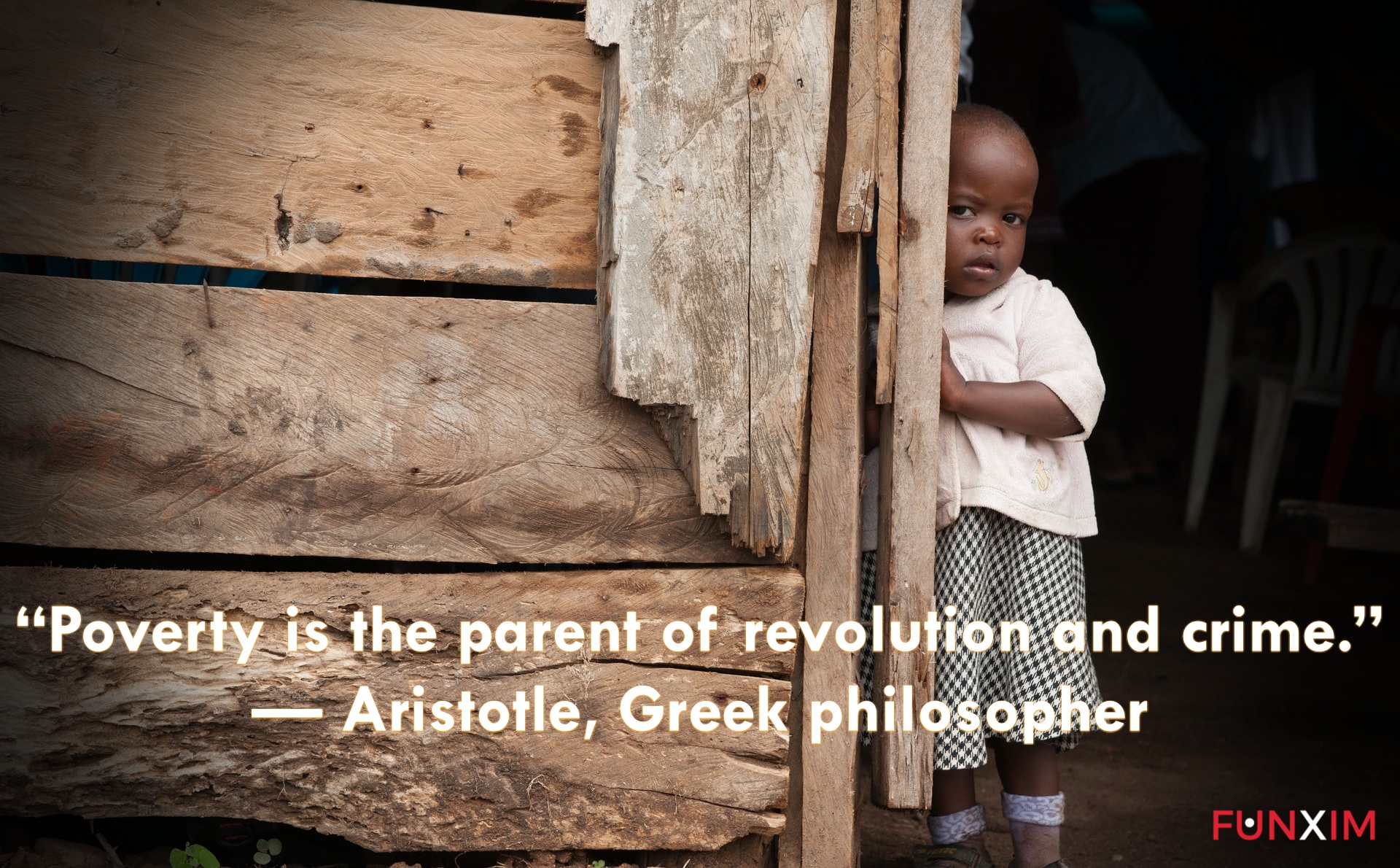 “Poverty is the parent of revolution and crime.”
— Aristotle, Greek philosopher 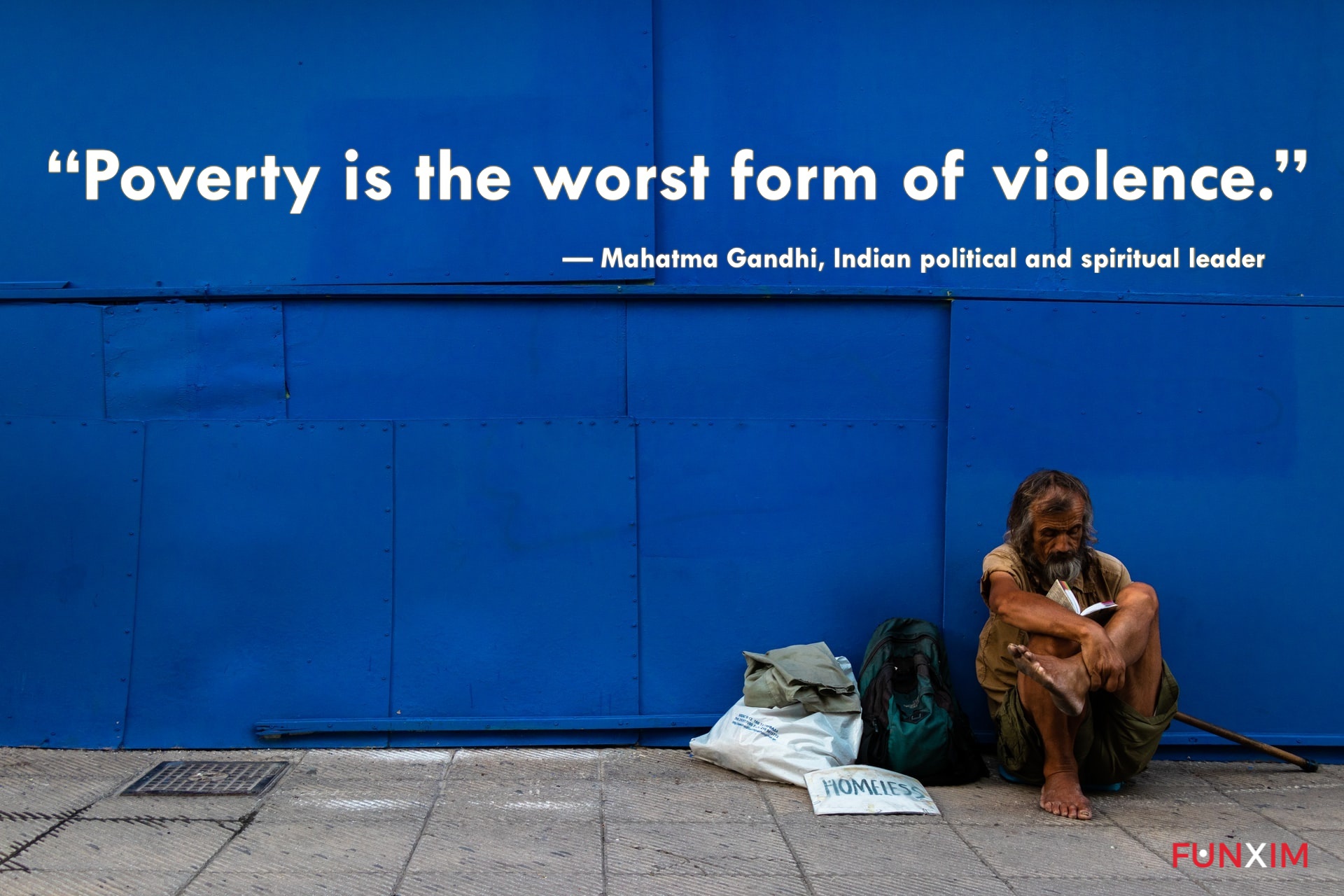 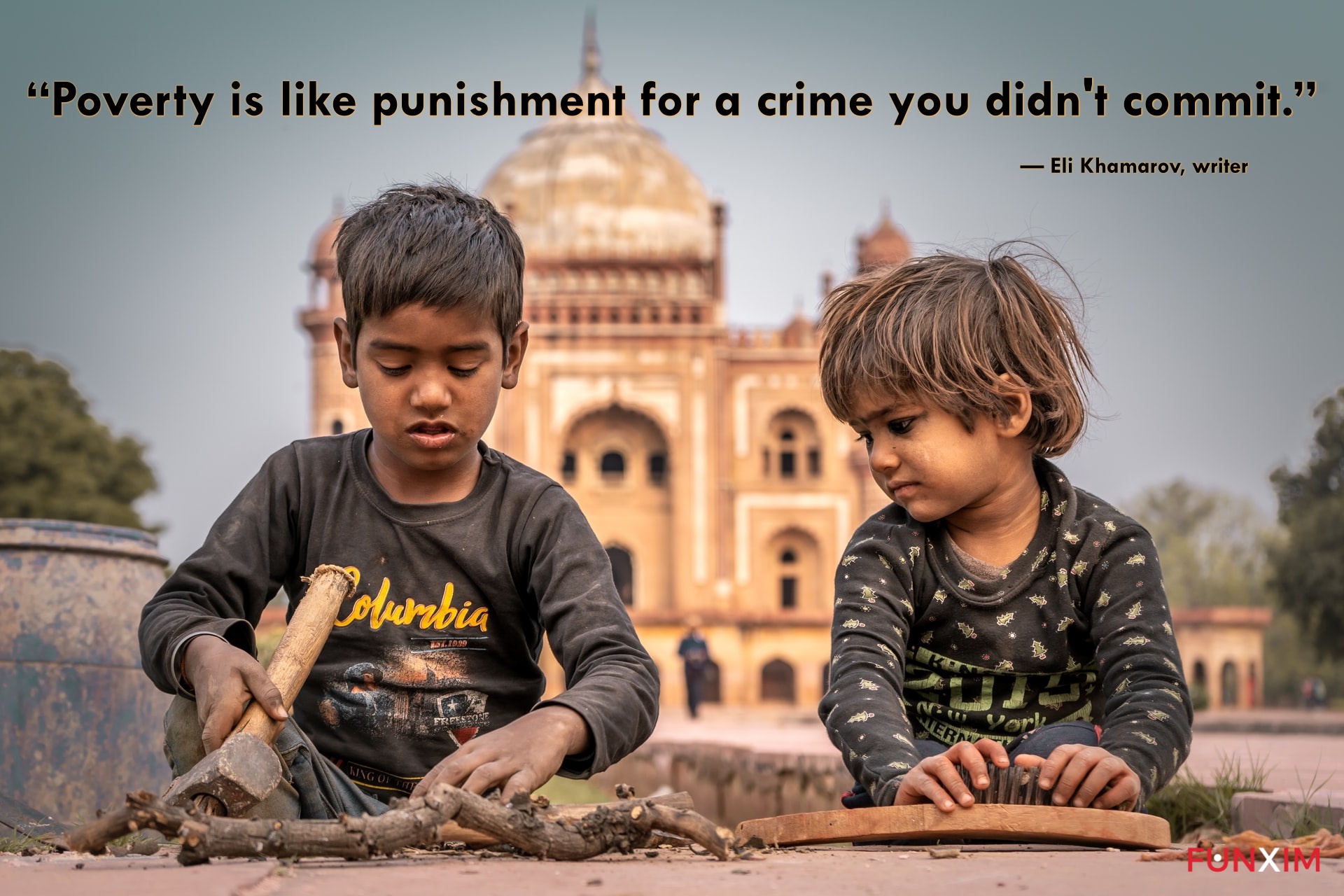 “Poverty is like punishment for a crime you didn’t commit.”
— Eli Khamarov, writer 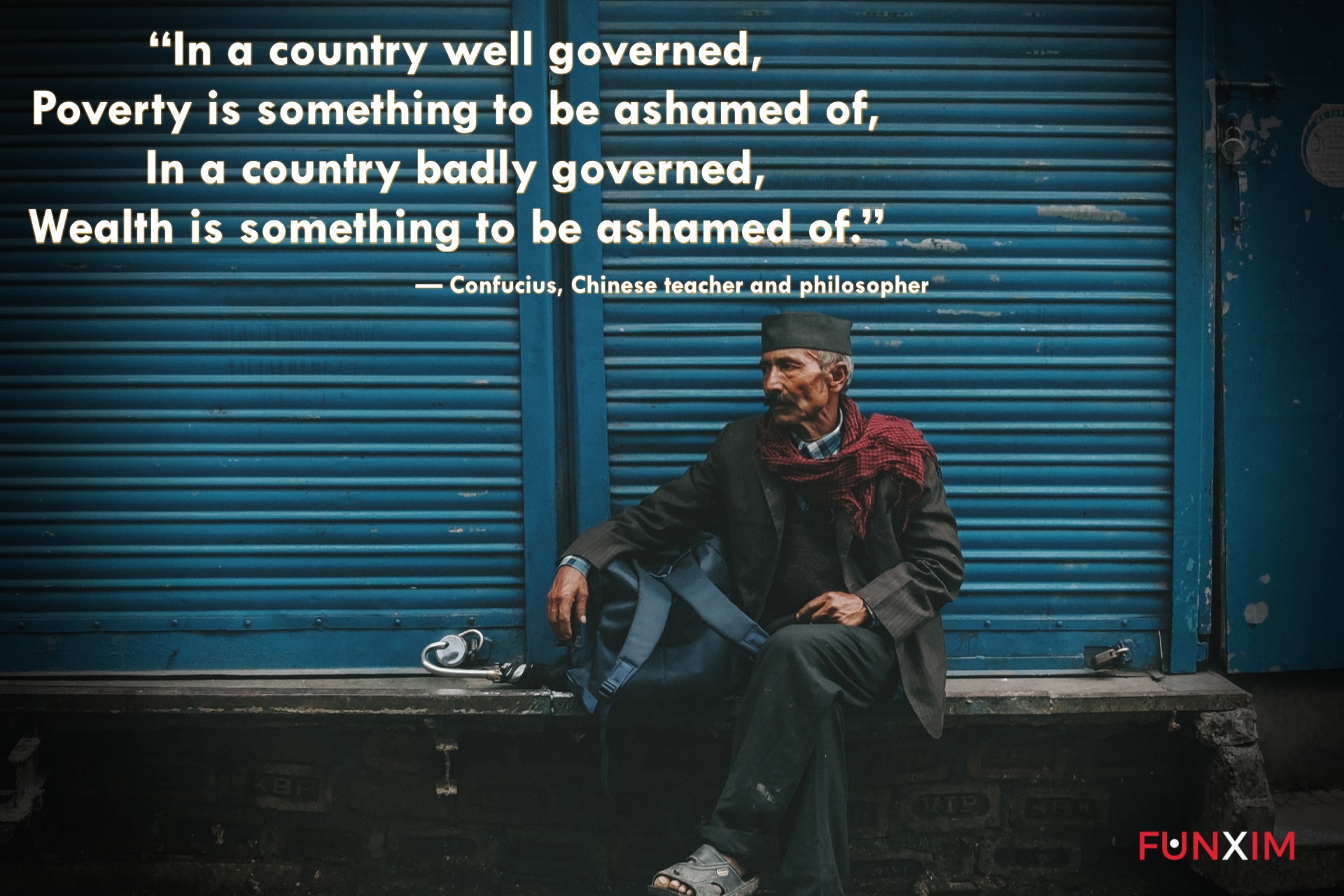 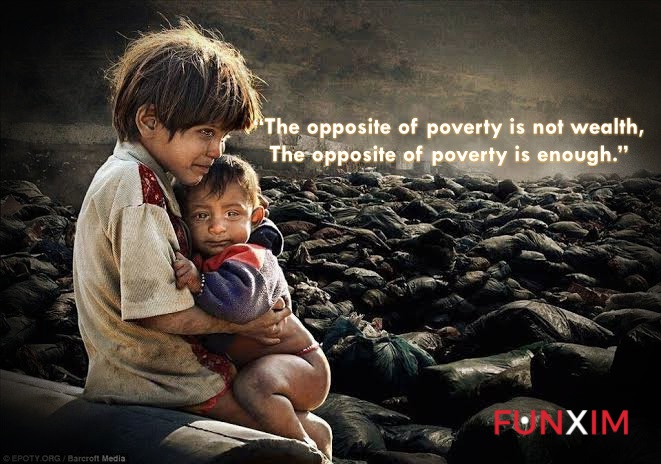 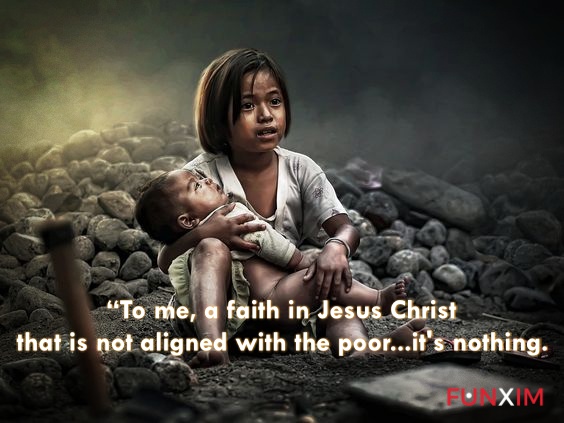 “To me, a faith in Jesus Christ that is not aligned with the poor…it’s nothing.”
— Bono, singer-songwriter and philanthropist 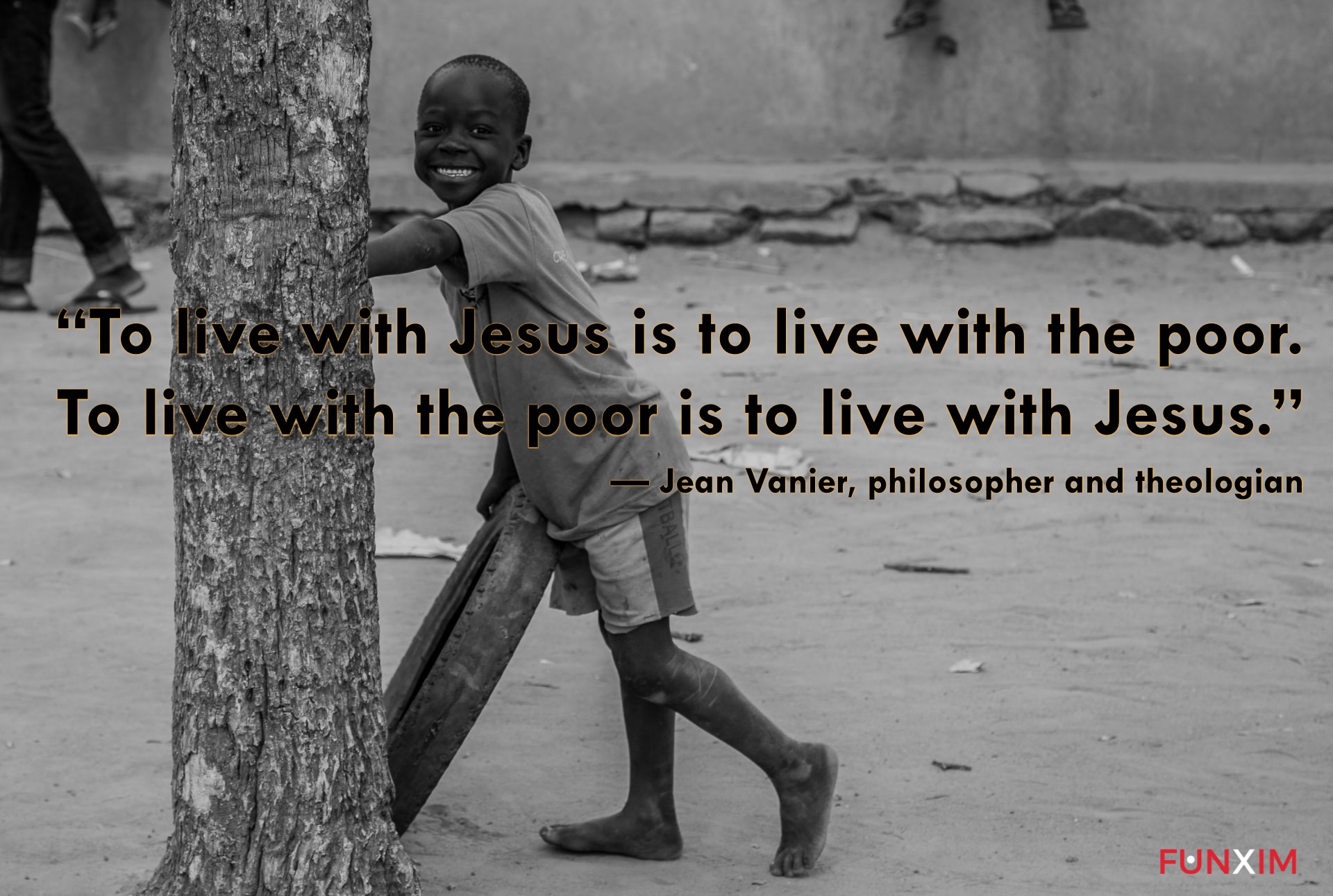 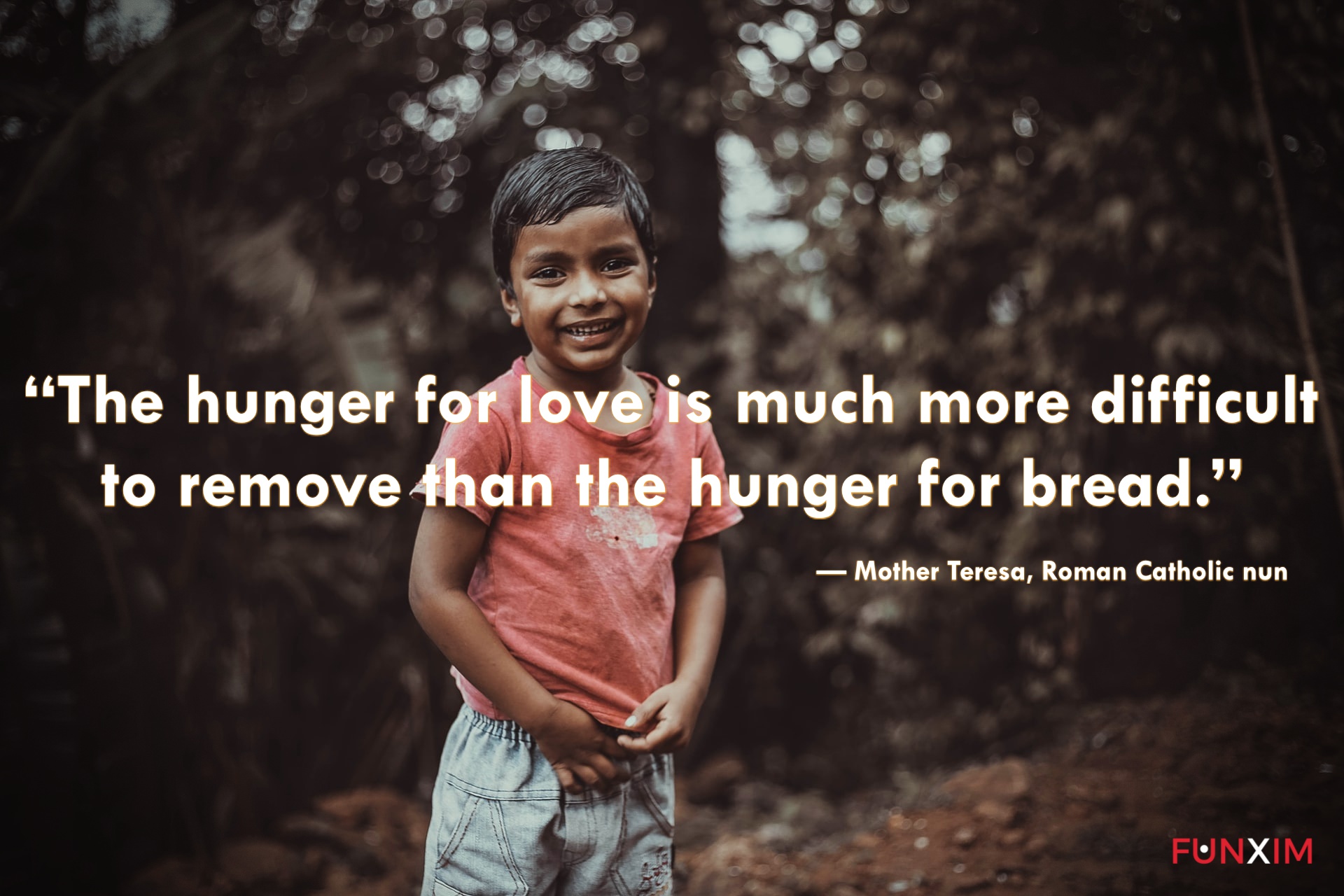 “The hunger for love is much more difficult to remove than the hunger for bread.”
— Mother Teresa, Roman Catholic nun 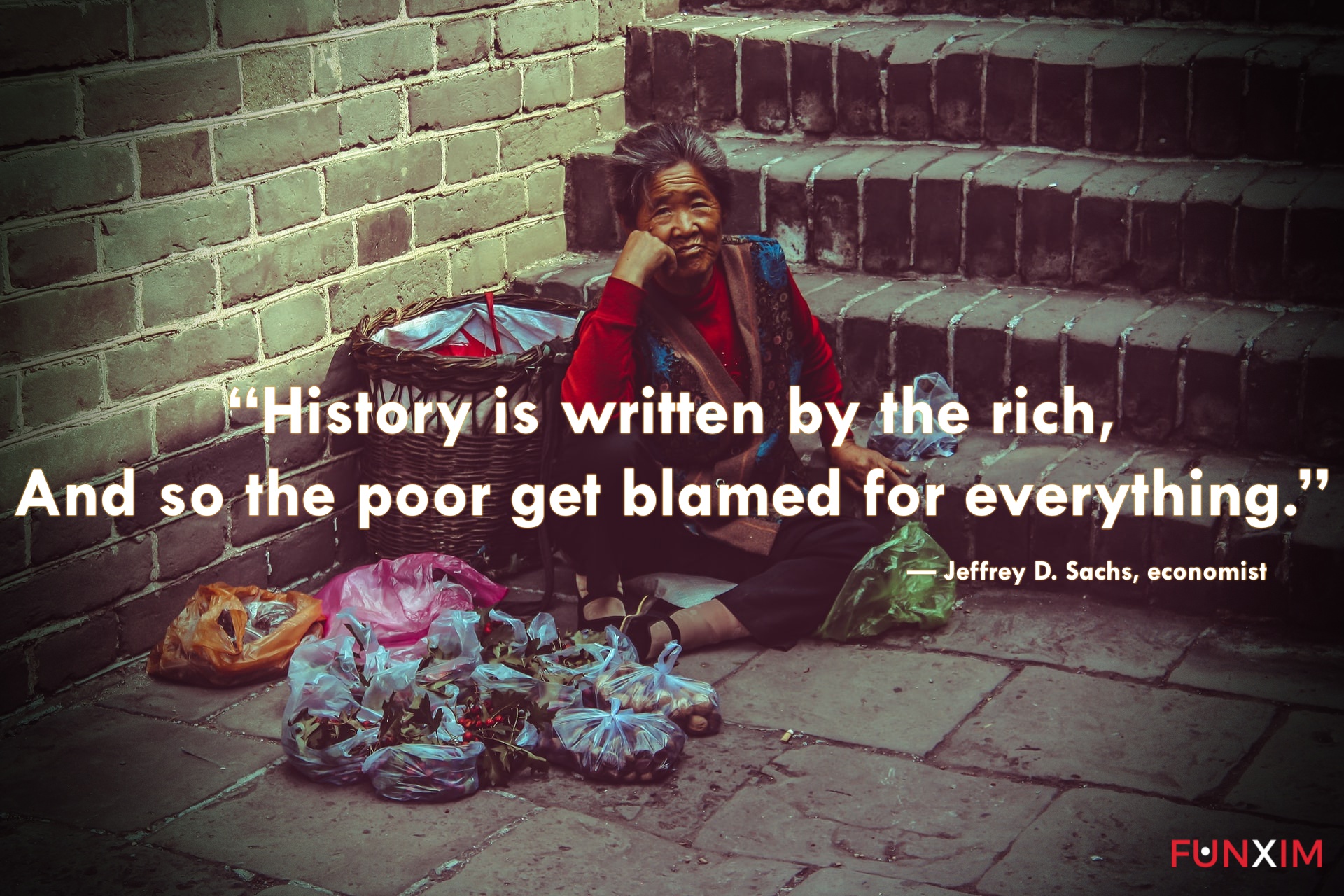 “History is written by the rich, and so the poor get blamed for everything.”
— Jeffrey D. Sachs, economist 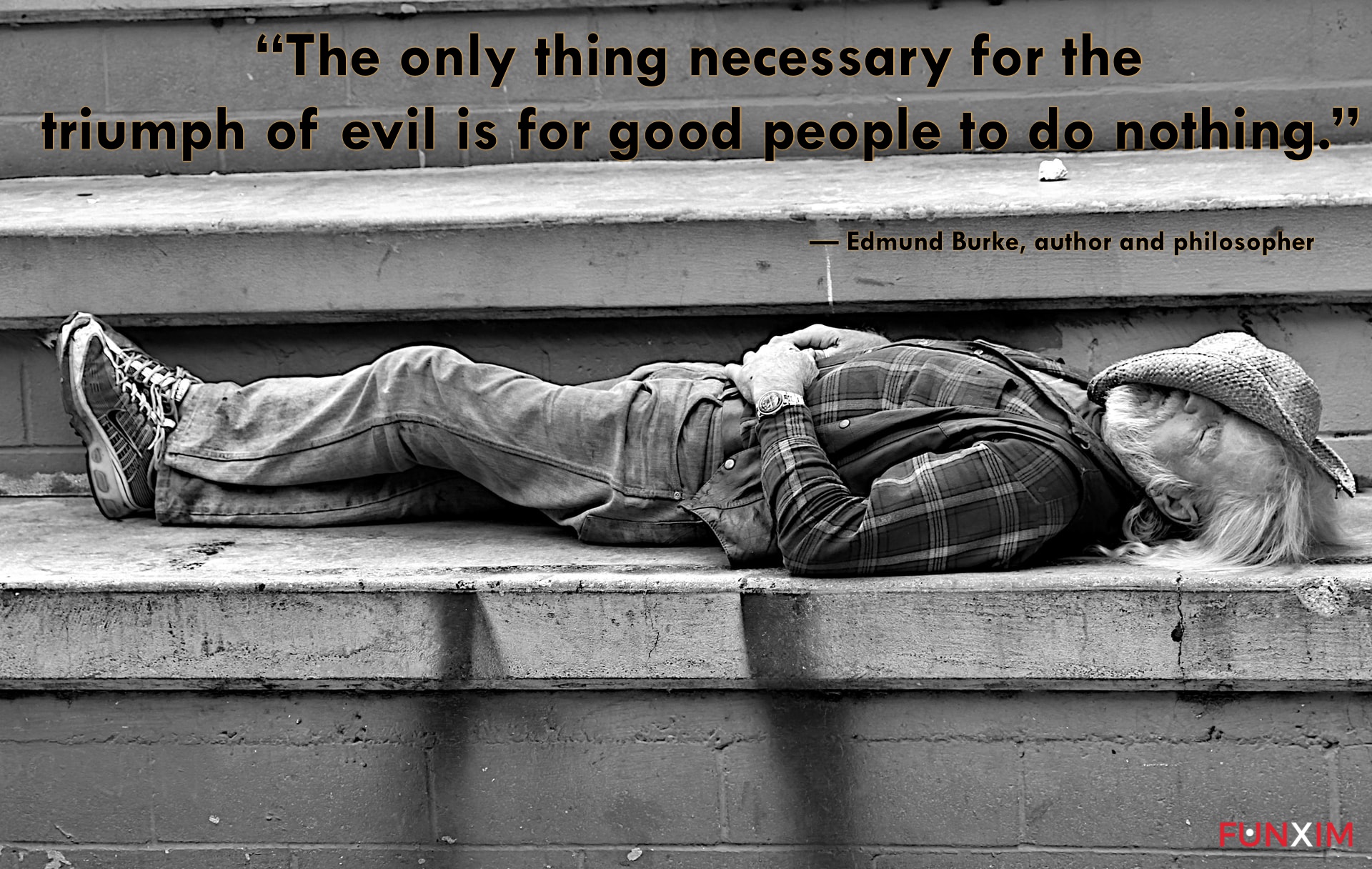 “The only thing necessary for the triumph of evil is for good people to do nothing.”
— Edmund Burke, author and philosopher 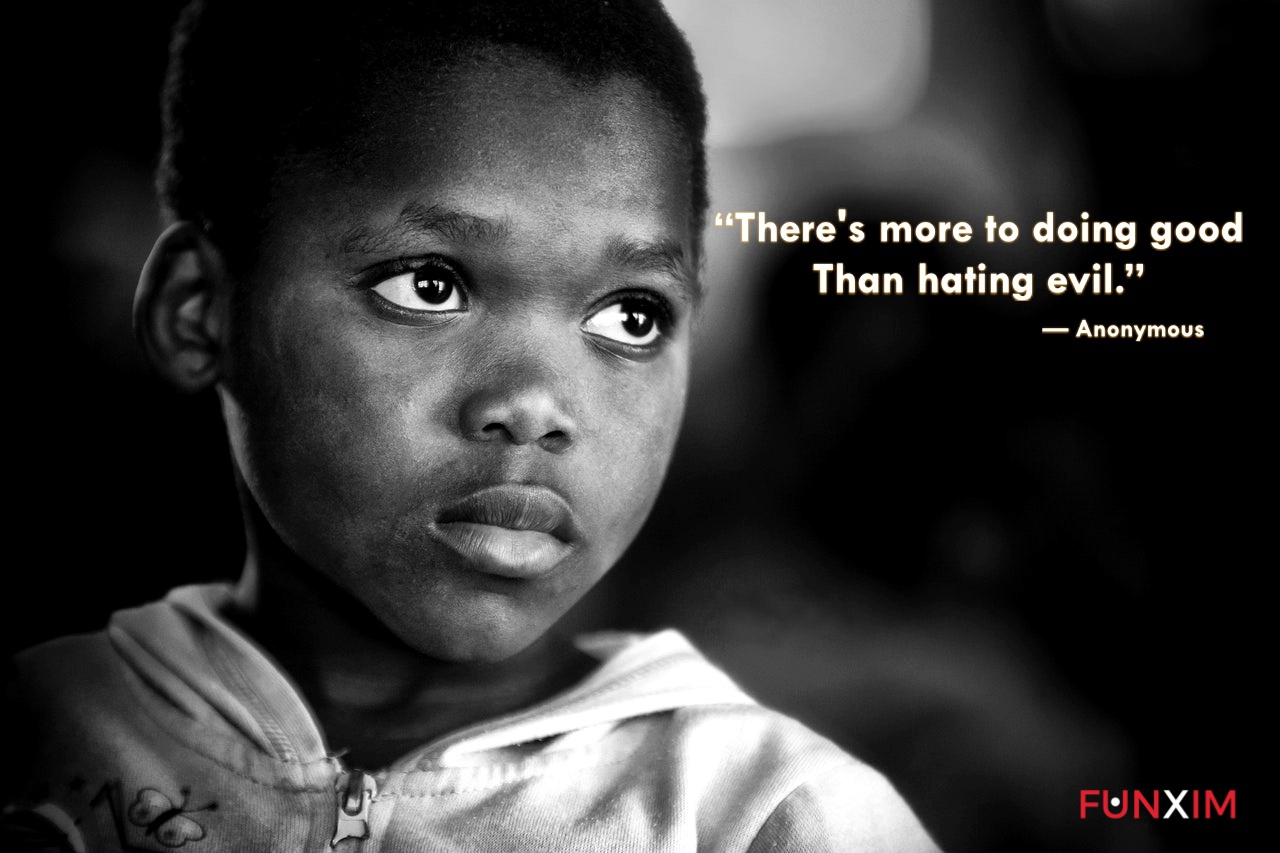 “Failures are divided into two classes — those who thought and never did, and those who did and never thought.”
— John Charles Salak, author 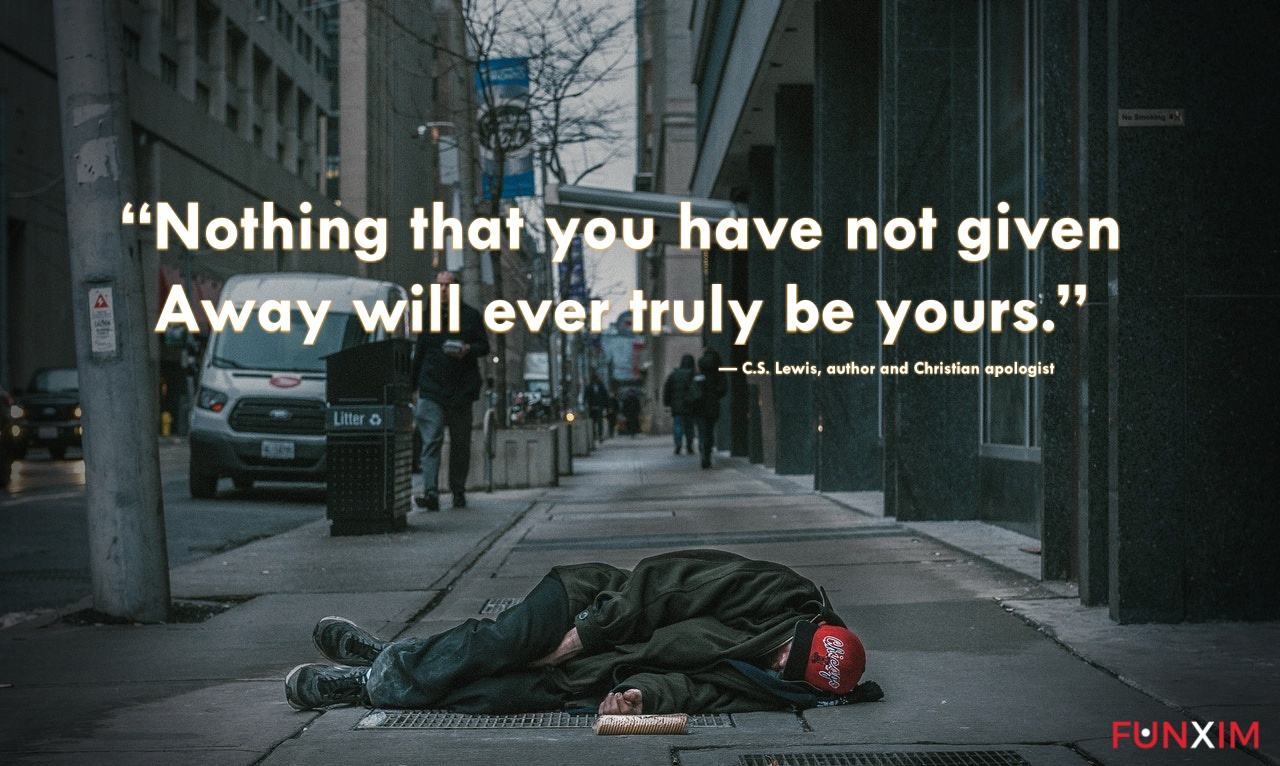 “Nothing that you have not given away will ever truly be yours.”
— C.S. Lewis, author and Christian apologist 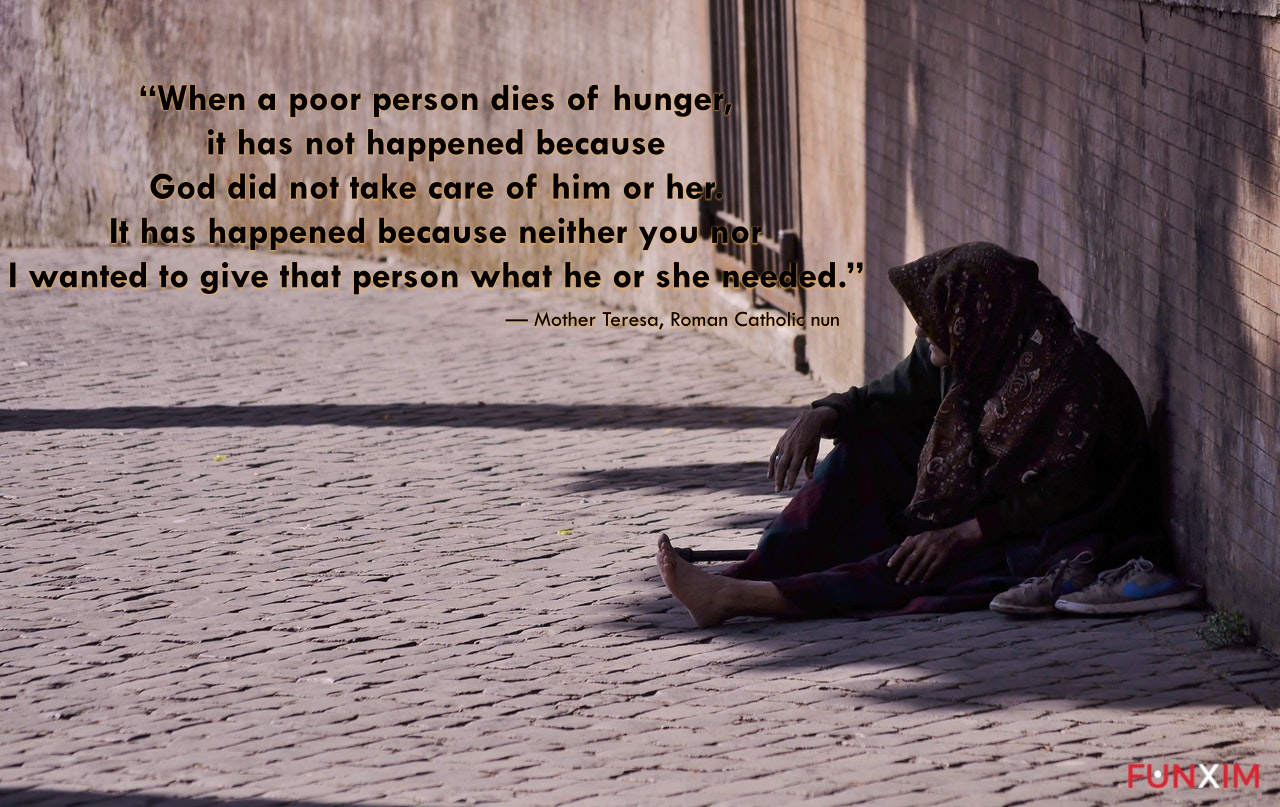 “When a poor person dies of hunger, it has not happened because God did not take care of him or her. It has happened because neither you nor I wanted to give that person what he or she needed.”
— Mother Teresa, Roman Catholic nun 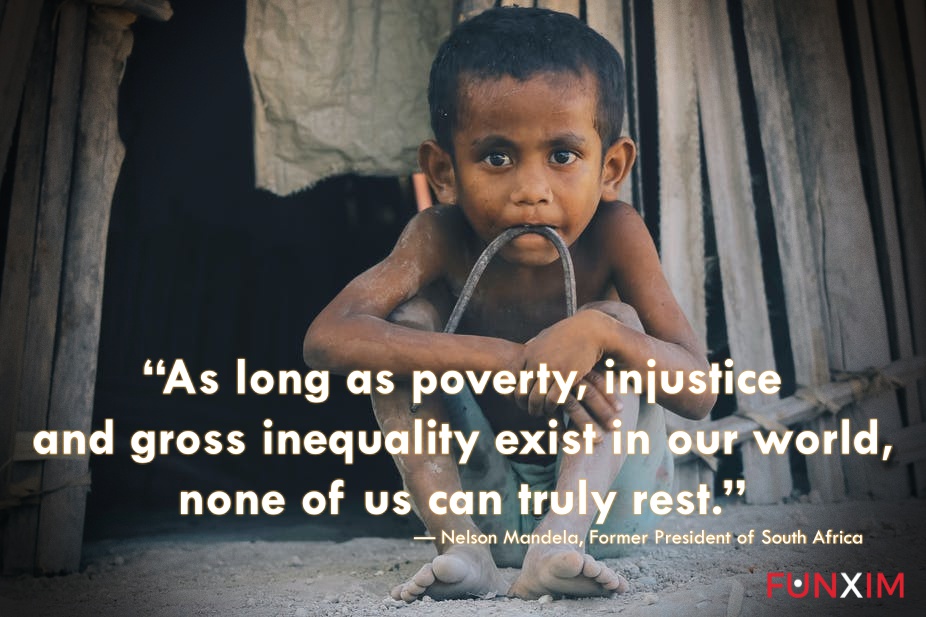 “As long as poverty, injustice and gross inequality exist in our world, none of us can truly rest.”
— Nelson Mandela, Former President of South Africa 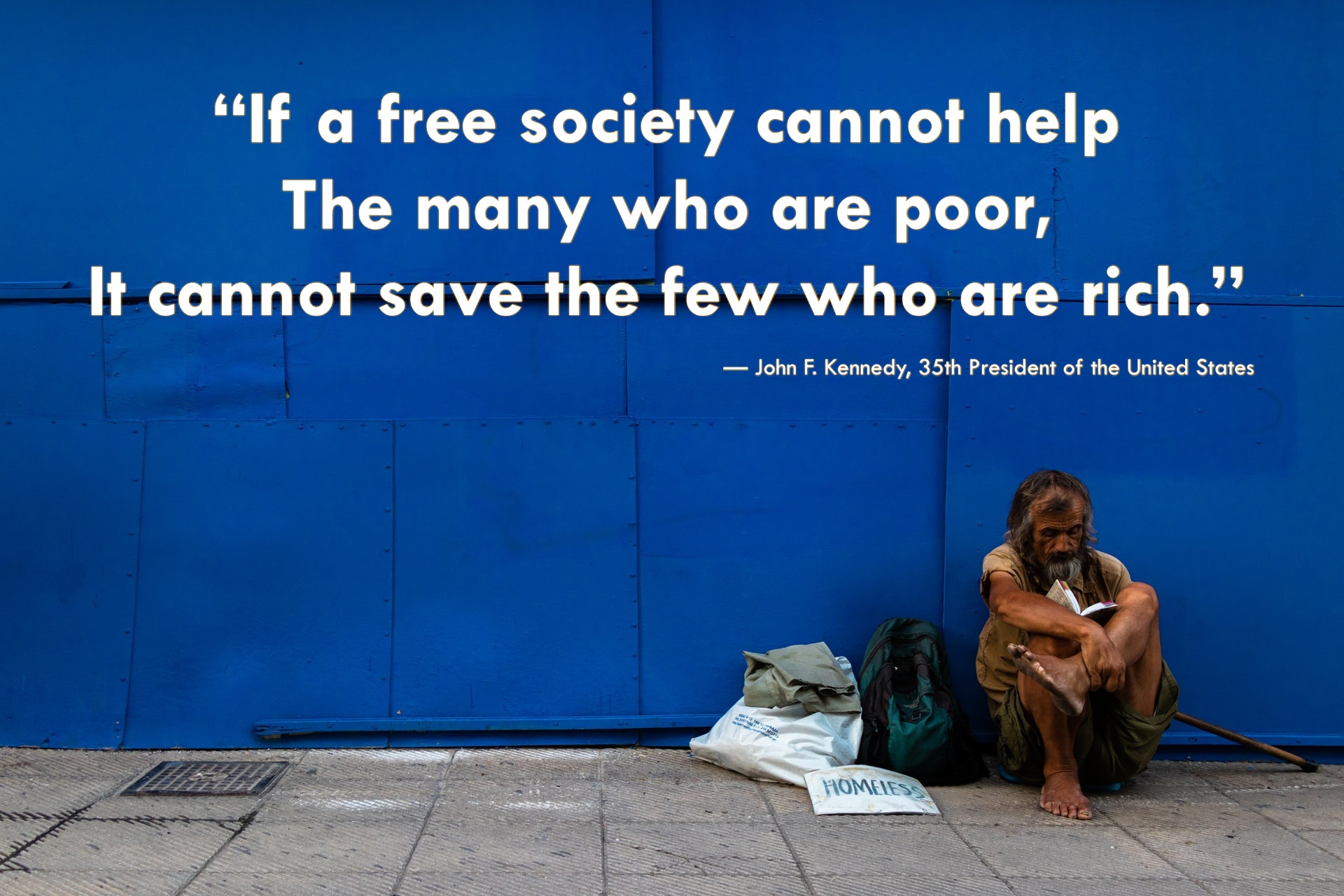 “If a free society cannot help the many who are poor, it cannot save the few who are rich.”
— John F. Kennedy, 35th President of the United States 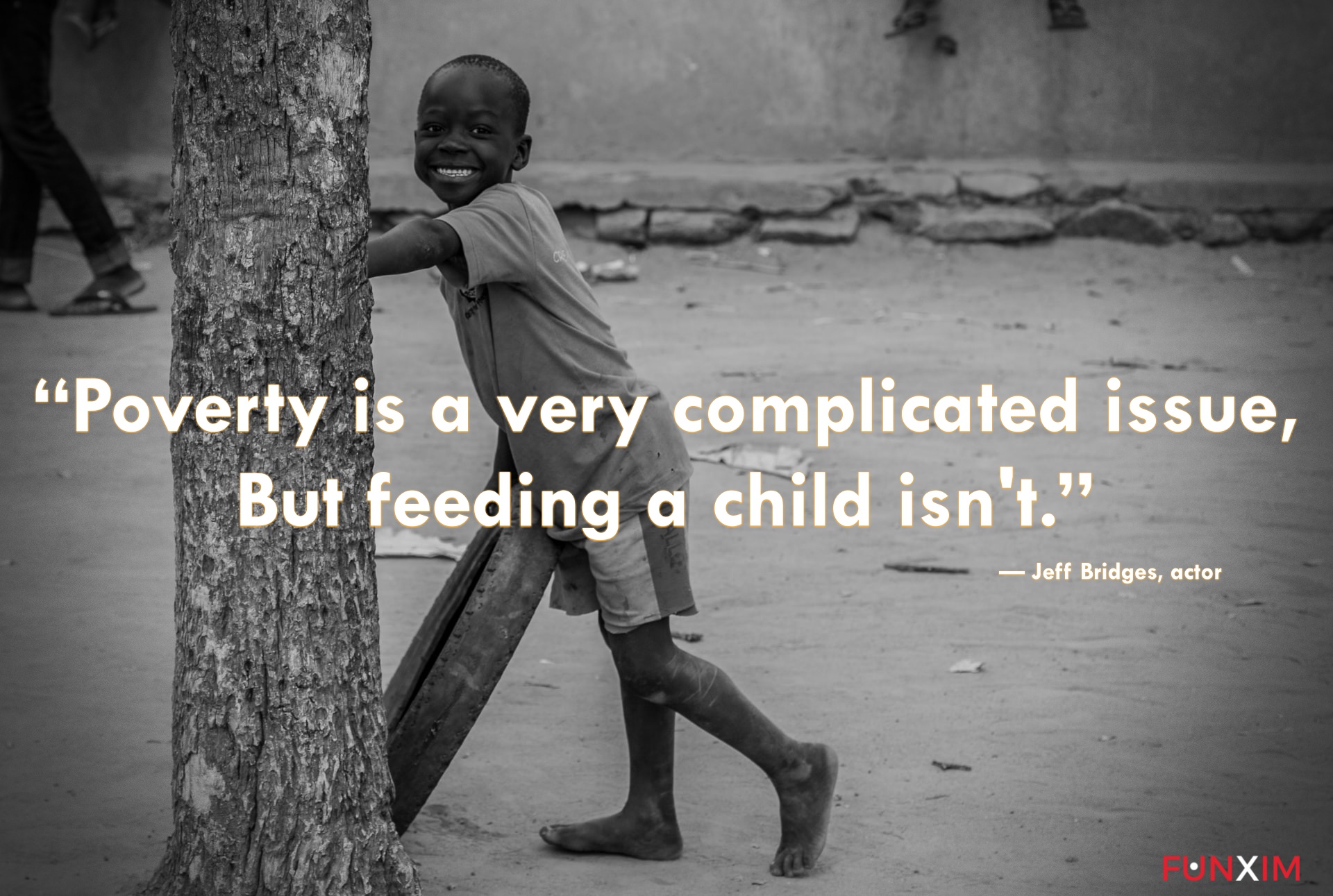 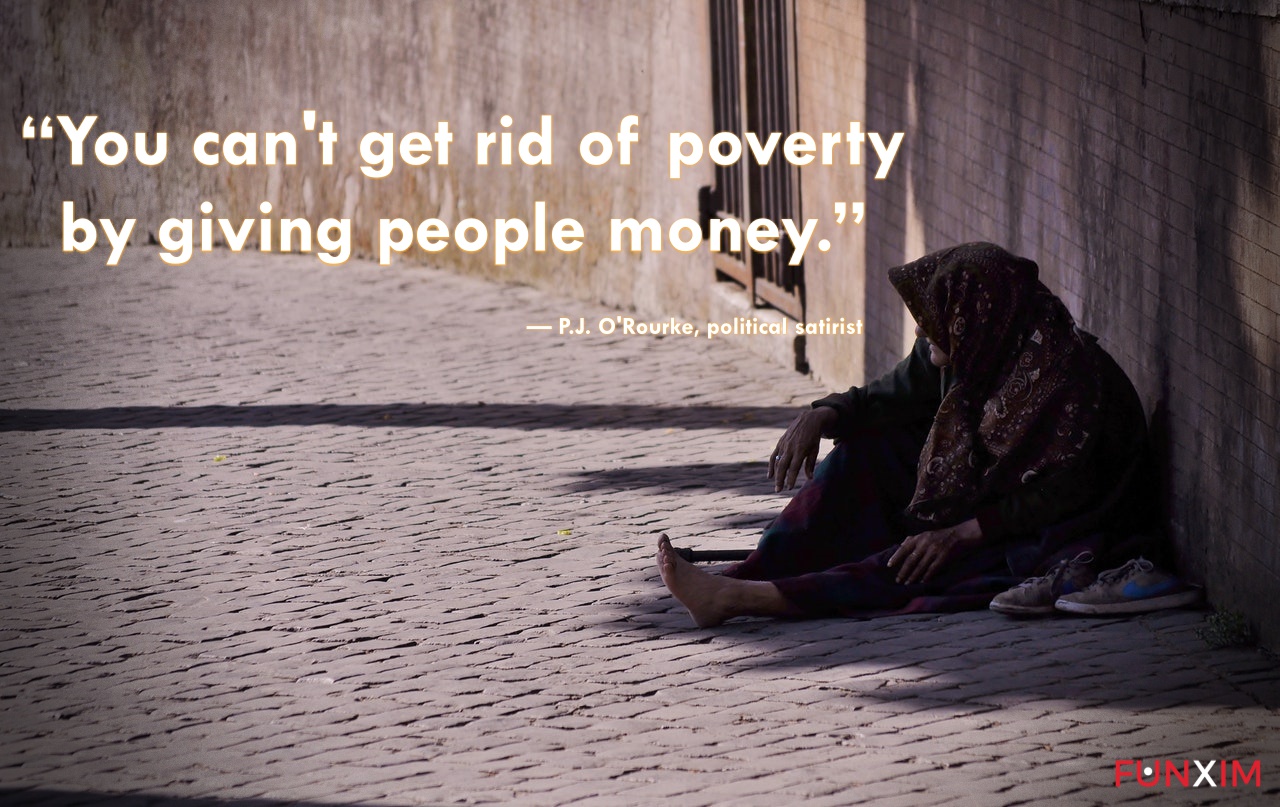 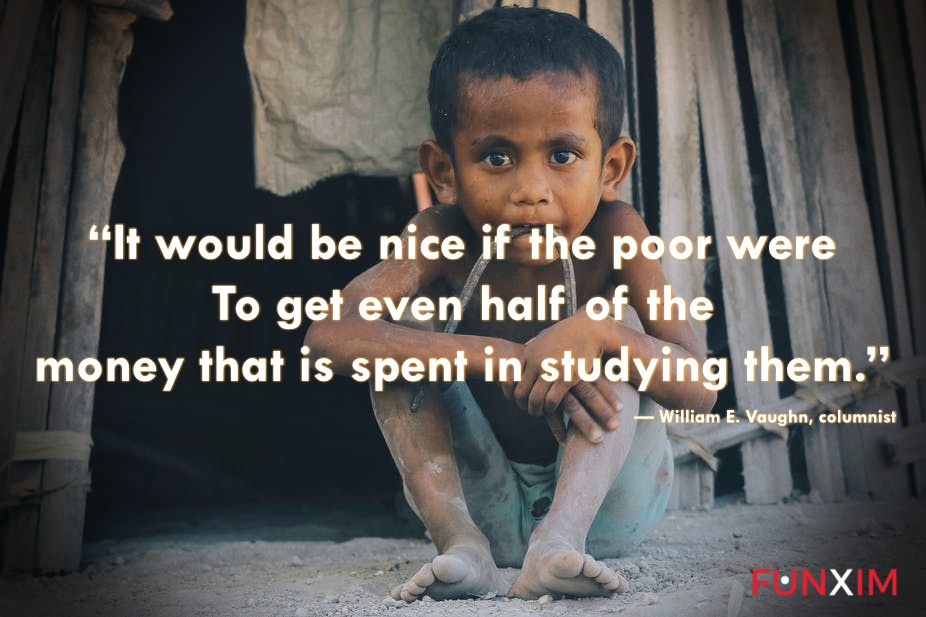 “It would be nice if the poor were to get even half of the money that is spent in studying them.”
— William E. Vaughn, columnist

“An imbalance between rich and poor is the oldest and most fatal ailment of all republics.”
— Plutarch, Greek historian

“The Bible insists that the best test of a nation’s righteousness is how it treats the poorest and most vulnerable in its midst.”
— Jim Wallis, Christian writer, and social activist

“Americans are blessed with great plenty; we are a generous people and we have a moral obligation to assist those who are suffering from poverty, disease, war, and famine.”
— Adam Schiff, U.S. representative

Young man embracing a young boy smiling
Young girl standing in front of the painted rainbow on the wall
“Saving our planet, lifting people out of poverty, advancing economic growth… are one and the same fight.”
— Ban Ki-moon, Eighth Secretary-General of the United Nations

“I believe that if you show people the problems and you show them the solutions they will be moved to act.”
— Bill Gates, business magnate and philanthropist

Older man sitting in chair sleeping
Women walking carrying supplies
Two girls standing in a doorway
“The test of our progress is not whether we add more to the abundance of those who have much; it is whether we provide enough for those who have too little.”
— Franklin D. Roosevelt, 32nd President of the United States

“There are people in the world so hungry that God cannot appear to them except in the form of bread.”
— Mahatma Gandhi, Indian political and spiritual leader

“Child labor and poverty are inevitably bound together and if you continue to use the labor of children as the treatment for the social disease of poverty, you will have both poverty and child labor to the end of time.”
— Grace Abbott, social worker

“Where you live should not determine whether you live, or whether you die.”
— Bono, singer-songwriter and philanthropist

“Poverty does not belong in civilized human society. Its proper place is in a museum.”
— Muhammad Yunus, entrepreneur

“It is a common condition of being poor…you are always afraid that the good things in your life are temporary, that someone can take them away because you have no power beyond your own brute strength to stop them.”
— Rick Bragg, journalist

“Overcoming poverty is not a gesture of charity. It is the protection of a fundamental human right, the right to dignity and a decent life.”
— Nelson Mandela, Former President of South Africa