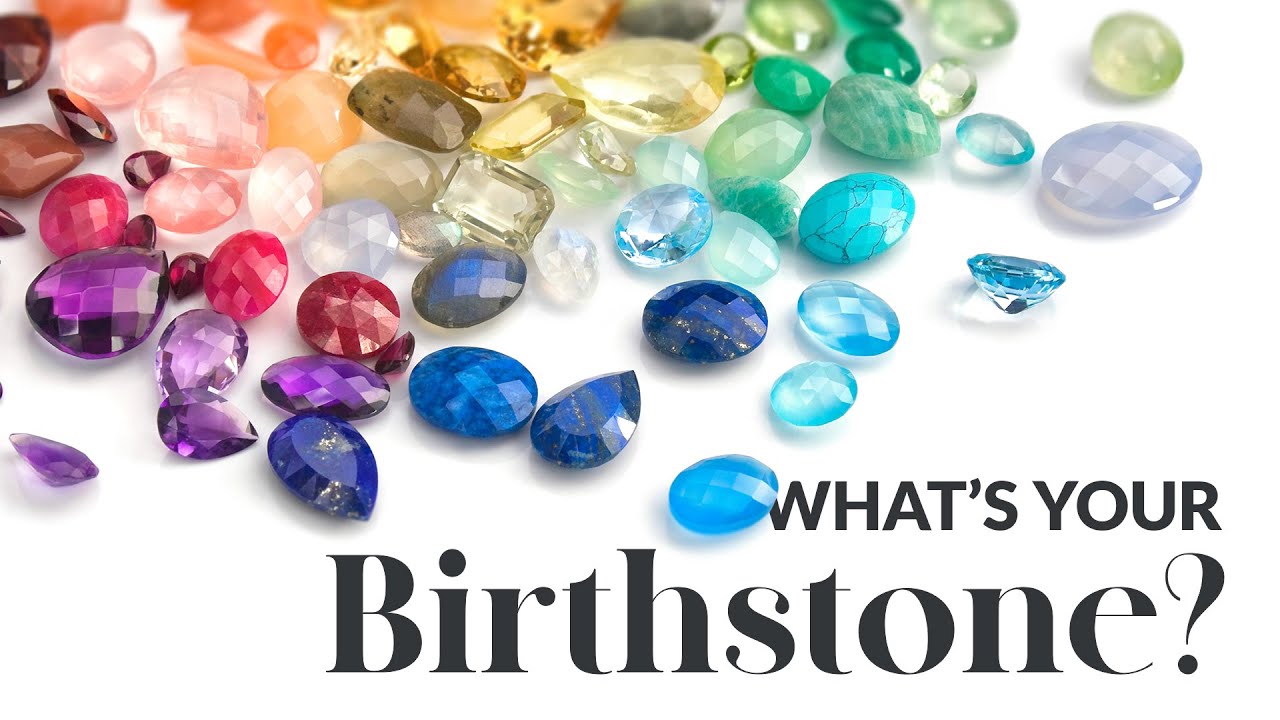 A birthstone is a gemstone believed to bring good luck to specific people. Namely for people who were born in that particular month, or who have a special connection with a month, which belongs to the birthstone. The birthstone can then act as a kind of talisman or amulet for the wearer. In certain countries, also for example in Germany and Switzerland, they attach great importance to the meaning of these stones and they are seen as “healing stones”. More and more people attribute certain powers to the stones and believe that there is more than science can prove. Below you will find a list of the months and the matching birthstones.

Which stone matches your date of birth?

Birthstones.. did you know that each month has a specific stone? The birthstones have a different stone and a different meaning per month. After this blog, you will know everything about the birthstones by month and their beautiful meanings.

This way you know which birthstone suits your birth month and what this means for you. Most people carry with them, for example, wearing a piece of jewelry that contains a gemstone, such as a silver gemstone ring or a necklace with a gemstone pendant.

The gem of the month of January is garnet. These beautiful stones come in color variations, the most common being dark red going down to deep purple-red. It is usually given as a gift on the second wedding anniversary. It symbolizes truth and faith, eternal friendship and trust, and can be the perfect gift for a friend. Garnet was even praised for its healing powers and is said to have healing properties for the heart and lungs.

The gem of the month for February is amethyst, and it is given on the 6th wedding anniversary. They are associated with stability, peace, balance, sincerity, and a calm disposition. It also describes a strong bond between two people. His message is “do not lose your essence”, as a way to help someone not to be influenced by others. It is associated with the improvement of addictive behaviors, headaches, insomnia, and general healing.

The gem of the month for March is aquamarine. A gift for the 19th wedding anniversary is usually also offered as a gift for the bride and groom since it augurs a full and happy sentimental life. On the other hand, it is the stone of long life, as it helps to stay young. Its curative value is associated with lung and eye conditions. Due to their association with the sea, aquamarines were sacred stones to sailors, promising them a safe journey. Due to their soothing color, they are believed to bring tranquility and peace to the wearer.

The gem of the month of April is the diamond. It stands as a representation of eternal love. The stone represents faith, loyalty, honesty, purity, and love. This is the reason why diamonds are widely chosen for engagement rings. These gemstones were thought to have extraordinary healing powers, they healed brain-related diseases, and due to the purity associated with them, they could extract any poison from the body.

The gem of the month of May is the emerald. Emeralds with their deep green color symbolize the renewal of life and possess characteristics to impart in your life such as fidelity, loyalty, and friendship. The Romans associated the Emerald with fertility, goodness, and beauty. Because of its healing powers, it is believed to prevent epilepsy, stop bleeding, and decrease fever.

The gem of the month of June is the pearl. The only gems created by living creatures, pearls make those who were born in June fortunate to have an exceptional birthstone. Capable of bringing charity, innocence, and faith. They are believed to have healing powers, curing many different diseases and even folly.

The gem of the month of July is the ruby.  It is the gem of desire, passion, courage, and bravery. Protects from dangers, attracts beauty and elegance; gives vitality, security, self-esteem, and joy of living. Its curative value is the prevention of infectious diseases. Due to their fiery red color, rubies have become symbols of passion, enhancing courage, energy, and shielding from disputes and harmful thoughts. They are associated with the life force, bringing success in love. Read more information about red ruby click here; Ruby Mines

The gem of the month of August is the peridot. This diamond is also known as the stone of the sun. It encourages unforeseen love and sweet feelings, and grants strength and happiness, individually and in a relationship, as well as the promise of new growth. It is said that it makes all human relationships and marital life more harmonized. Protects against nightmares and the evil eye. Eliminates anxiety, making it perfect for people who are apprehensive or in difficult times.

The gem of the month of September is the sapphire. Connected with the values ​​of faith, truth, sincerity, wisdom, and commitment. It symbolizes a promise of purity, honesty, trust, and loyalty. It is the gem of merchants, as it brings success to the wearer. Its curative value is the strengthening of sight. Since the Middle Ages, it is believed that they reinforce wisdom.

The gem of the month of October is Pink Tourmaline. Perhaps due to its color, Pink Tourmaline is associated with the Heart Chakra and is said to open hearts to unconditional love. In ancient times, tourmalines were believed to provide magical protection against evil and are said to be the stone that contains most metaphysical powers. To this day, pink tourmaline is believes to be able to calm, reduce anxiety and stress.

The gem of the month of November is citrine. This stone relieves stress and promotes clarity, inspiration, and mental strength. They are believed to have healing and calming powers, to relieve anxiety, nervousness and make your daily lifestyle less stressful. Supposedly due to the color of this brilliant stone, Citrines are associated with playfulness and joviality, providing wearers with more hope and strength in difficult situations. Its curative value is to alleviate kidney problems.

The gem of the month for December is Tanzanite. Despite its relatively modern history, Tanzanite has already gained fascination and admiration for its brilliant deep blue color. These stones are quite rare and one of the few places that could be called lucky to have them is an area in Tanzania. It is associated with success and fortune.

And.. what do you think of the special and special meanings of the birthstones? Maybe you already knew that every month has its special birthstone, or maybe you’ve never heard of it. Anyway, we hope you – just like us – are now as excited about these beautiful gems. Do you find the meaning of your birth month, or that of a loved one, so beautiful to wear? Then go for a piece of Gemstone jewelry or Gemstone Engagement Rings with the gemstone of your birth month! In addition to all birth month stones, we also have beautiful gemstone jewelry, both silver jewelry, and gold jewelry. For example a silver mesh ring or earrings with turquoise. Anyway, the choice is huge. And.. What is your birthstone?