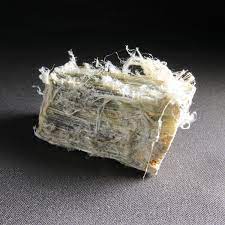 Asbestos is a substance made up of flexible, elastic fibres resistant to heat, electricity, and corrosion. While these properties make asbestos profitable, they also make asbestos exposure extremely dangerous. Following the United Kingdom, Australia has the second-highest rate of mesothelioma mortality globally. Since the early 1980s, mesothelioma, a rare cancer caused by asbestos exposure, has claimed the lives of nearly 10,000 Australians. Cancer experts estimate that in the next 40 years, an additional 25,000 people will succumb to the disease. The following are the primary reasons why asbestos removal in Sydney is necessary:

What makes asbestos so hazardous?

Because asbestos may disintegrate into microscopically thin threads, it is extremely harmful. Because these threads are so minute, they can float around for days after being disturbed. People can breathe these fibres while they are in the air. Because the fibres are so tiny, they can penetrate deep into a person’s lungs and remain in the lung tissue. Once stuck in lung tissue, these fibres can cause asbestosis, lung cancer, and mesothelioma, among other deadly disorders.

When does asbestos become hazardous?

If you inhale asbestos fibres of any kind, you are putting your health at risk. Some argue that certain types of asbestos fibres are less hazardous. Many people, including scientists and doctors, believe that this is not the case. Regard all asbestos as harmful until it is demonstrated to be safe.

You can’t tell if there’s asbestos in the environment or if it’s affecting your lungs since you can’t see it. Asbestos does not cause coughing or sneezing. It won’t irritate your skin or throat. When asbestos components are broken, disturbed, or removed unsafely, asbestos fibres are released into the air. Asbestos does not produce regular dust when crushed. Asbestos is broken down into tiny fibres that can’t be seen, felt, or tasted.

When it comes to asbestos, how much is too much?

There is no such thing as a safe amount of asbestos. Asbestos-containing products are those that include more than 1% asbestos minerals. The higher your asbestos exposure, the more susceptible you are to develop an asbestos disease. Lung cancer and asbestosis are both dose-related illnesses. To put it another way, the more asbestos you inhale, the more probable you are to become ill.

Mesothelioma is the only asbestos-related disease that is distinct. Mesothelioma can be caused by very small levels of asbestos. The dust that asbestos workers carried home on their garments has caused mesothelioma in their families.

How long will it take for asbestos to get you sick?

Asbestosis does not affect everyone who is exposed to it. On the other hand, anyone who has been exposed to asbestos is at a higher risk of developing asbestosis. Asbestos-related disorders are all tough to treat. The majority of them are incurable. It’s critical to keep asbestos fibres from entering your lungs. The only way to avoid most asbestos ailments is to avoid them in the first place.

People concerned about asbestos exposure should get medical advice from their doctor or another medical professional and immediately consider asbestos removal in Sydney. The doctor will determine whether more testing is required based on the person’s comprehensive exposure and medical history and a physical examination.